Hello everyone. Neat blog! A few years ago I was in an unhappy relationship with an abusive man and I couldn’t see any way out, I didn’t have a place to go to, no job, no money, no family to help me and two little kids. A while ago I was browsing through old letter drafts and I found one where I was telling all my friends how I FINALLY got away from X. I told my friends that I had been worrying for nothing, that I easily got custody of the kids, that the judge assigned the apartment to ME to live in with the kids so having a place to live didn’t turn out to be a problem, that I found work and all the great fun that I had been having with the kids ever since we left X. I told my friends about all the outings and excursions that I was taking the kids on. I even told them the dates, I told them that we got away from X in April. A really nice, upbeat but normal letter. I thought, oh that’s nice I wrote this letter but I forgot to send it.

THEN……….. I checked the date on the letter. I had written that letter in JANUARY of the same year that I left X! Four months before I actually succeeded in escaping from him. It was so accurate and spot-on, all the details were exactly the SAME as really happened later in real life, even right down to the dates! But after I had written that letter I stashed it away (I guess I had the intention of sending it to my friends when what I wrote in it came true), but then I forgot all about it. It was so accurate that I thought I had written it AFTER everything in it had already happened. 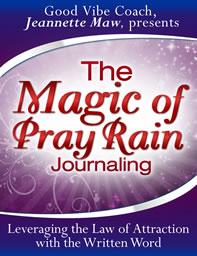